Update door een van onze vaste gasten Richard Down: “Coastal voyages with the ‘Oosterschelde’ are always interesting, not only because of the variable sailing conditions that we encounter but for the sometimes dramatic scenery and the ports, large or small that we get chance to visit, albeit briefly. Cartagena was wet but full of history that we barely had chance to see. Gibraltar was busy and crowded with some lovely quiet shady squares with cafes and bars.

Coming out of Gibraltar Strait we followed the coast of Spain and in a couple of days made it to the Port of Sagres, almost at the furthest West Point of Portugal’s Algarve coast. On the headland of Cabo de Sao Vicente there is a lighthouse “at the end of the world” and a fortress. The area is associated with the Portuguese Age of discovery and Prince Henry the Navigator. It is also a lively beach resort and Surfing centre.

As we progressed north along Portugal’s west coast, our next stop was Sines, another ancient port with history going back to pre – Roman times and a link to the explorer Vasgo da Gama. As we arrived late and left early, few of us bothered to go ashore. We left as the early morning mist was clearing the cliffs, heading for Sesimbra.

Sailing across the Bay of Sines was an exercise in tacking but after three tacks we seemed no further to windward! Sesimbra is a beach resort with a large fishing port and an extensive marina with diving and sport fishing. Here, the crew organised the BBQ on deck under the canopy. Again Sesimbra has a long history back to Celtic times with a Moorish castle, impressive church, beautiful white sandy beaches and seafood restaurants.

Sailing from Sesimbra to Lisbon followed the same pattern, motoring NW out into the  Atlantic until midday, then sailing close hauled into Lisbon to pick up the pilot, adjusting our speed by adding and taking away sails. Lisbon is a wonderful city and cultural centre. Staying on board for the weekend meant we could see at least some of the historic city, including the Praca do Comercio,  the historic monuments at Belem, and enjoy the restaurants and bars. We continue our voyage to Pasaia on Monday… 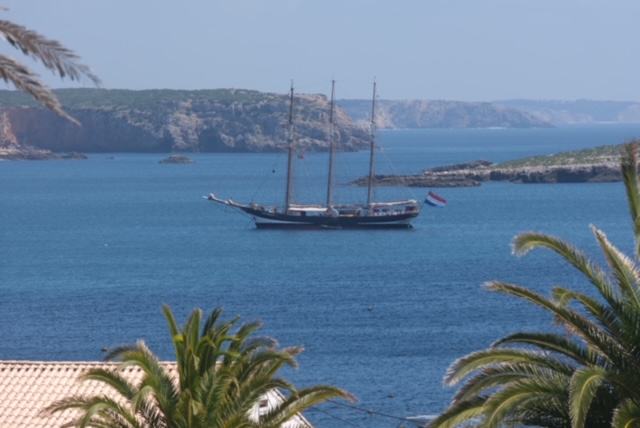 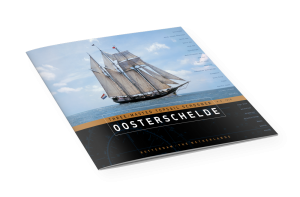 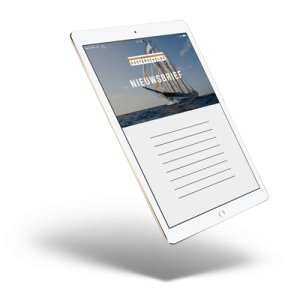